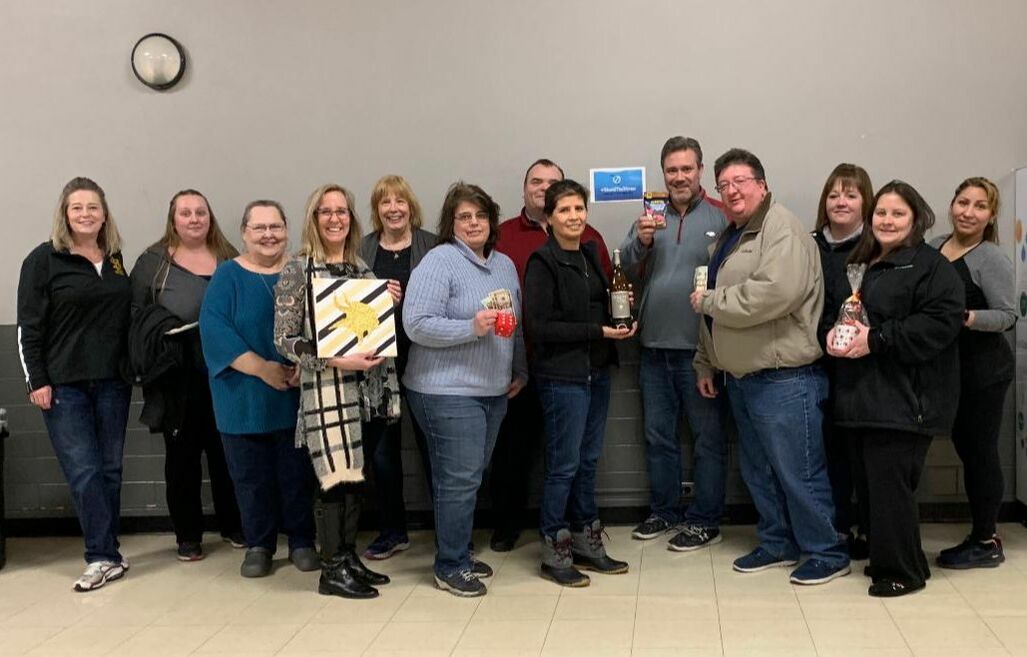 Meeting Started 7:15  P.M.  Prayer Mr Muting.
Mr. Muting spoke about:
Keep in your prayers, Josh a Junior who has a heart condition.  Students praying for him in school.
Events coming up:
-AFC/NFC Party sponsored by Father's Club is this Sunday-January 20th at 1:00 in the cafeteria
-Trivia night is Saturday January 26th .  There are 10 tables left.
-No school on Monday for students January 21st Martin Luther King Holiday
-No school for students on February 4th (Day after super bowl ) and Tech day on February 5th.  Students will work from home.
-Not off school on President's Day February 18th Shadow Day for Grammar Schools
-Incoming Freshmen-350 tested and 310 accepted. Acceptance letters went out.
Very Large Freshmen class next year.  February 10th is registration.
-Mother/Daughter Brunch is February 10th at St. Laurence
-Encouraged Parents to get involved with the Mother's Club and Father's Club
-Vaping becoming a number one issue in the High schools.  At St. Laurence four students asked to leave when caught at school vaping.
One girl asked  to leave because she tagged a bathroom.   Mr Muting and school will not tolerate this behavior.  Parents or students who hear about
improper actions should call the school so they can investigate.
-At last faculty meeting the presenter explained that the part of the brain that involves listening does not mature until the child is 25. Thus  students are             encouraged  to check their e mails throughout the day for what they miss during oral announcements because they e mails  in writing.
-Mr. Muting asked for questions.
One Parent:    Are bathroom monitored?
Mr. Muting:   Teachers do but 2 teachers go in to investigate when there is a problem.  This is for the teacher's own safety and liability issues.    Also if there has been a tip on an individual causing problems they investigate as a team.

A student from a team project was introduced and explained his fundraiser for TCBY on February 23.  Parents were encouraged to order  ice cream for their students to enjoy on February 23. Orders taken that night.  Proceeds are for a school project focusing on Nigeria. Proceeds will help pay for legal costs and aide families effected by criminal groups  in Nigeria.  Lawyers are helping dismantle these criminal groups but need funds to achieve this.

Debbie Wrenn:   Treasure
Balance in account $16,400.  Fourteen People paid to date for Trivia.  Many other's reserved but did not pay.  Place will not be held if it is needed if the event sells out.  Pay as soon as you can.
Encouraged members present to think about filling board positions that will become vacant next year because of mom's that have senior children.
Introduced present board members at the meeting.

Bea Srebaulus- Vice President of Junior Class
There is a lot of happenings with the Mother's Club.  Encouraged to bring in new ideas.

Mary Schmit -Recording Secretary
Heading Mother Daughter Brunch on February 10th.  Special day for mothers and daughters with a few surprises planned.  Theme is "Everything I am You Helped Me to Be"

Father's Club introduced:
Mike Sack -Chair Head for NFC/AFC Party
This Sunday NFC/AFC January 20th from 1 PM to 10 PM. Third year in a row it has been held. This replaced Super Bowl party.
$35.00 in advance  $40.00 at door  Food, Drinking and Gambling

Meeting Adjourned and Bunco was played.    $6.00 entrance fee and all money was used for prizes.
Respectfully Submitted,
Mary Schmit